Entering university or being in the early stages of your undergraduate degree can be intimidating and confusing. With this panel, we hope to connect students with senior students who will answer their questions regarding undergraduate physics degrees, life as university students, and much more. This event will also allow senior students to grow their leadership skills while guiding fellow students.

Meet the speakers for this panel below! 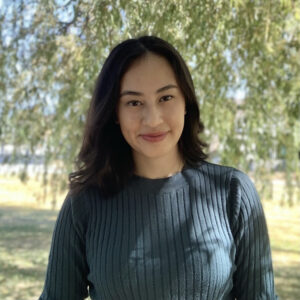 Mackenzie Pereira is a third year B.Sc. student at McGill University, working toward a major in Physics and a minor in English Literature. Prior to post-secondary, she participated in the Students on the Beamline program, a group research project that culminated in running samples through the Canadian Light Source’s IDEAS beamline. Mackenzie was later the recipient of the 2019 Luke Santi Memorial Award from the Perimeter Institute, a prize for aspiring physicists who also engage in a diverse range of extracurriculars. In 2021, Mackenzie spent time working as a Student Agent for STEP UP, a branch of the American Physical Society that is fighting the gender disparity in Physics through mentorship and outreach. Most notably, Mackenzie completed a co-op for TRIUMF as a Research Assistant for the ATLAS sTGC project, on-site at CERN. Here, she tested and repaired gas-based muon detectors for the New Small Wheels upgrade.

Why did Mackenzie choose physics?

My high school physics teacher Joe Muise (also a panelist at this conference!) was a big reason why I decided to pursue physics in post-secondary. Over and above making class an engaging and interesting environment (we used nerf guns for labs), he provided unique opportunities to gain hands-on experience, which proved empowering and invaluable. 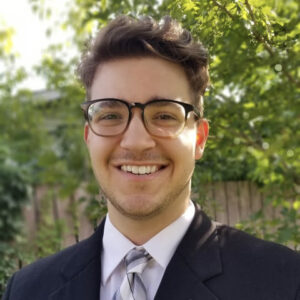 William Rettie is a fourth year undergraduate student at the University of Ottawa majoring in physics with a minor in computer science. Once he began his undergraduate degree, Will was fortunate enough to secure a position as a part-time research assistant in a bio-physics lab with a professor from one of his classes. Since then, Will has discovered his love for particle physics, and has been undergoing various internships in order to further his career in physics.

Why did Will choose physics?

I’ve always been interested in equations; how so much information can be described with only a few letters and symbols. I almost pursued a degree in mathematics, but the problem-solving aspect of physics interested me too much to pass up. Once I saw how fascinating coding is, and how important it is to modern experiments in physics, I decided to add a minor in computer science to my degree. 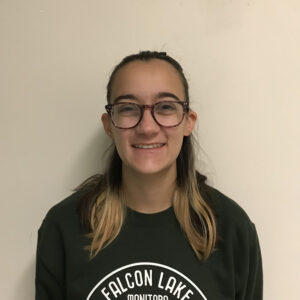 Kiera is in her fifth year of a Bachelor of Science Honours degree in Chemical Physics at The University of Winnipeg in Manitoba. She is the current President of The University of Winnipeg Physics Student Association and has been working to engage the community in Physics outreach programs. She has done summer research for the past four years. For the last two years, she has been involved in the TUCAN collaboration working towards measuring the neutron electric dipole moment. Specifically, she has previously worked on modelling a thermosyphon to cool liquid deuterium and is currently working on testing Cesium magnetometers. In her down time, Kiera loves to adventure with her two miniature schnauzers, Obi and Alf, and her partner, embroider, and play video games like Animal Crossing.

Why did Kiera choose physics?

I choose Physics because I love learning about how things work on a fundamental level. As well, I love how there is still so much to discover! 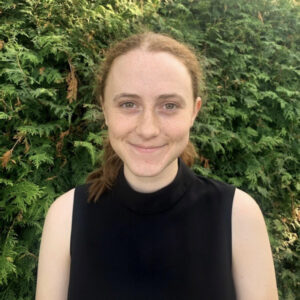 Jamie is a fifth year student at the University of Ottawa, where she is finishing up a double major in Physics and English. Jamie is very passionate about science outreach and communication, and has been (enthusiastically) volunteering with Let’s Talk Science in Ottawa since her second year. She has completed two research projects in optics, more particularly in a THz spectroscopy at uOttawa, and has completed two CO-OP terms in the city: one at an energy lab with Natural Resources Canada, and one in the telecommunications industry with Lumentum. Jamie has currently set her sights on the field of photovoltaics, where she is undertaking a research project on intermediate band solar cells. Beyond work and research, Jamie hopes to work towards a better, more inclusive, and more accessible education system, particularly in science and technology! When not tormented by photons and electrons, Jamie loves playing soccer, reading poetry, cooking, pointing at the sky, and daydreaming about good public transportation.

Why did Jamie choose physics?

I chose Physics because I loved calculus in high school! Calculus tickled the same part of my brain as poetry, and convinced me to give Physics a second chance after having sworn to never touch it again when I was 15. Physics has allowed me to indulge my fondness for mental gymnastics and abstract thinking, while making me more attentive to the fascinating science behind things we encounter and use in our everyday lives. 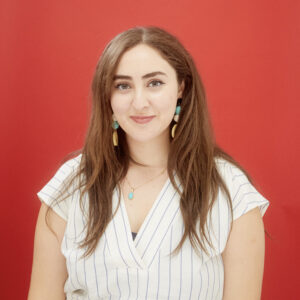 Nicky Nivi is a recent graduate of X University’s Medical Physics co-op program, and is continuing her studies at X University in the Biomedical Physics program this fall. She is focusing on Health Physics with Dr. Ana Pejović-Milić and the Department of National Defence of Canada. She completed her undergraduate thesis under the supervision of Dr. Michael Kolios, focusing on ultrasound tissue characterization techniques used to quantify kidney fibrosis. Outside of the classroom, she’s had the privilege to work in industry settings such as Ontario Power Generation and explore her creative side as a musician in downtown Toronto.

Why did Nicky choose physics?

I chose physics at a time when I struggled to choose between the sciences and the arts. I was looking for a compromise but something about Physics had always stood out to me. It seemed to be the perfect compromise that I was searching for, even if I was unaware of that at the time. The language in which physics is communicated is very poetic, as is the mathematical derivation. It wasn’t until the second year of my undergrad where I was reassured, and truly fell in love with physics.